Too much to live for

It’s been five years since Turia Pitt first made headlines after miraculously surviving a bushfire that left her with burns to 65 per cent of her body. What she has achieved since that horrific ordeal is nothing short of remarkable. She shares her story with Profile.

Turia Pitt is one of those people who stops you in your tracks and reminds you just how resilient the human spirit can be. Her strength and unwavering determination to not only survive a near-death experience but go on to complete two Ironman World Championships, walk the Kokoda Trail and become a humanitarian and public speaker, has left Australia and the world in awe of her achievements.

I have followed Turia’s journey since that fateful day in September 2011, when the super fit 24-year-old athlete was caught in a bushfire while competing in an ultramarathon through Western Australia’s Kimberley region, which left her clinging to life. Suffering horrific full-thickness burns that required the amputation of several fingers, the former part-time model was unrecognisable after the blaze. But Turia’s survival is not the most remarkable part of her story; it’s how she chose to live her life after being dealt such an unfair hand that is truly inspirational. 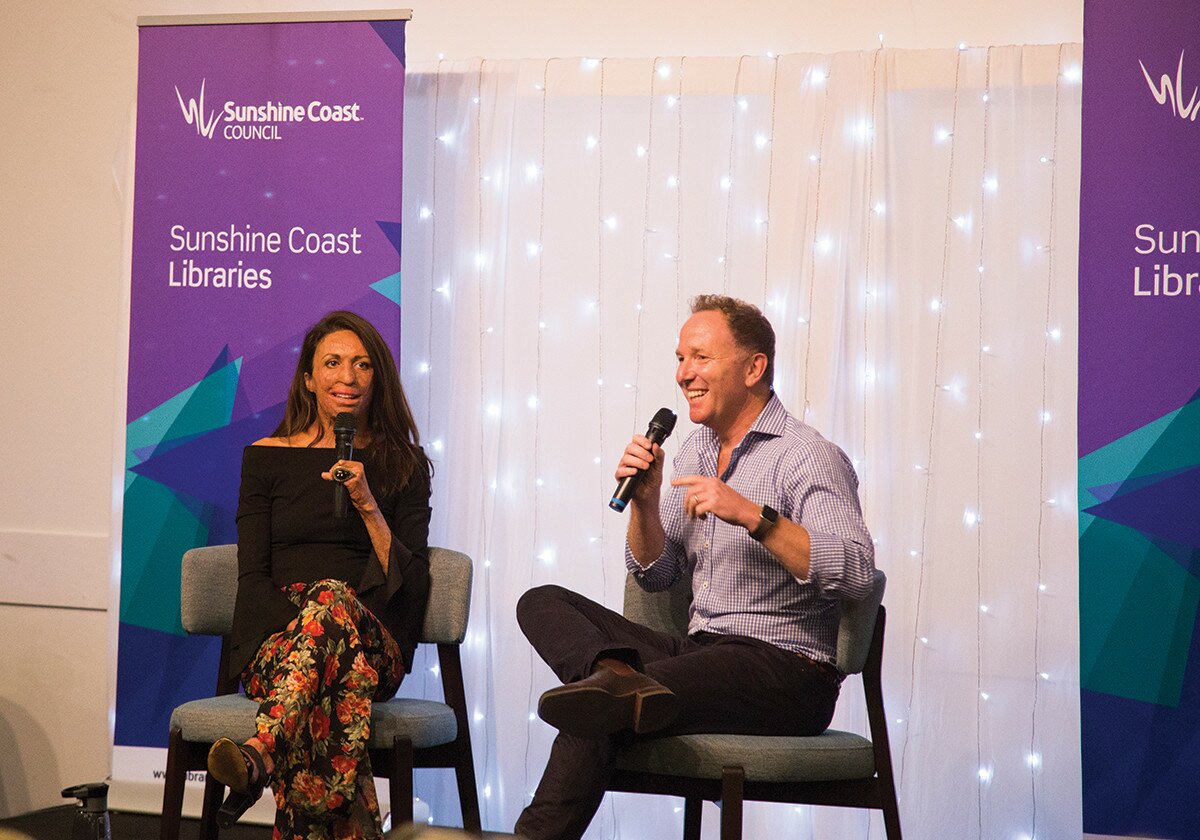 Young, beautiful, highly educated and working in her dream job as a mining engineer, Turia was in the prime of her life when a last minute decision to run in the disastrous Racing the Planet’s ultramarathon irrevocably changed her life forever. Trapped by a grass fire, she and five other competitors had nowhere to run.

“It was surreal,” says Turia. “It’s not something you think will ever happen to you.

“Immediately after the accident, I had no idea of the extent of my injuries. I was in an induced coma for a month and when I woke up I was still on a lot of drugs and pain medication. I wasn’t really aware of what had happened to me. Even in hospital I knew some of my fingers had been amputated but I was bandaged up like a mummy so it hadn’t really sunk in.”

Despite months of torturous treatment and many operations before she was released, Turia says her hospital stay was in some ways the easiest part of her recovery. 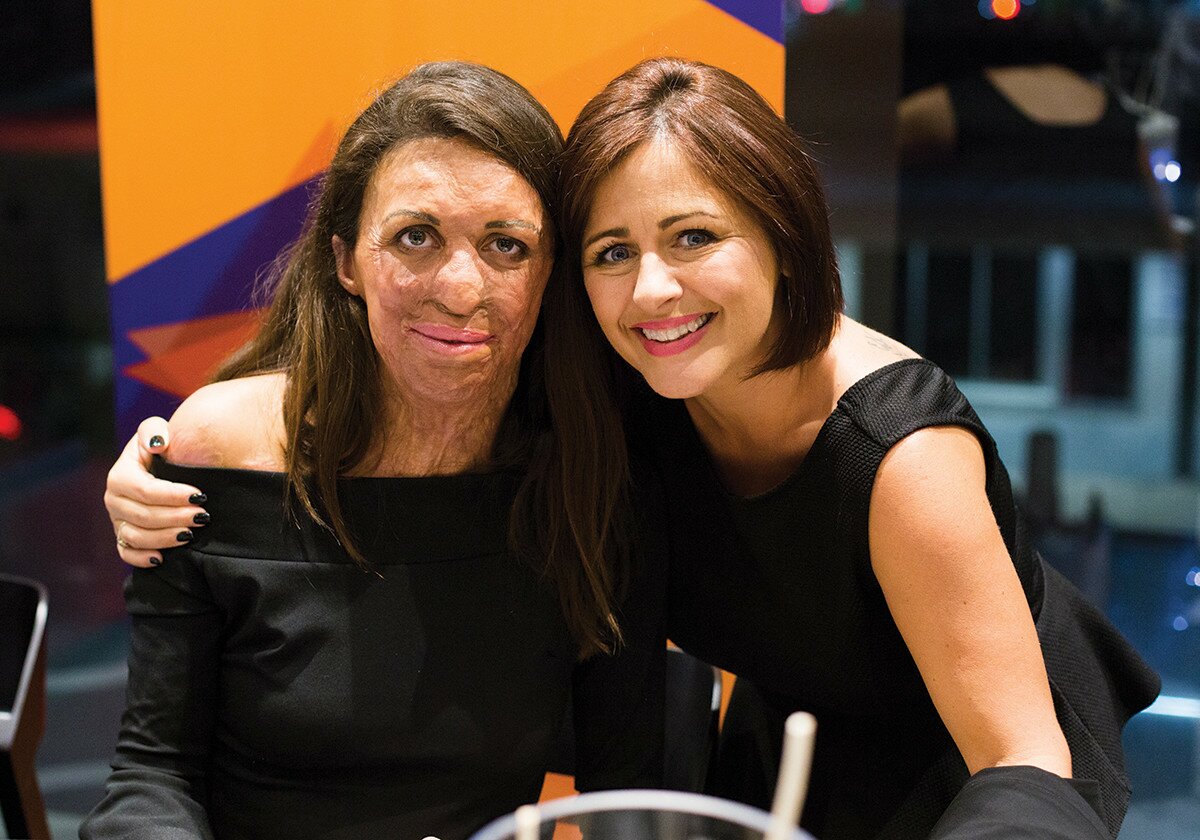 “In hospital, you have a team of nurses and doctors, physios and rehab specialists and your day is jam-packed and passes very quickly,” says Turia. “The hard part was when I got home. All of a sudden I was made redundant from my job as a mining engineer, my boyfriend Michael had to leave his job and become a full-time carer for me, we lived with my in-laws and we were both on Centrelink, and I thought if this is life, I don’t really want it because it’s pretty crap. I’m 24 and pretty much useless. All my friends were getting promotions, or going overseas or getting married and having babies, and it was like my life had been put on hold and no one cared. I know it wasn’t like that but that is how I was feeling at the time. Michael and I really had to put our heads together and create a new life for ourselves, which we did.”

With the unwavering support of Michael and her family, Turia slowly began to make progress and although she had many a dark day, she decided she was going to make the best of the life she had.

“I could have let what happened to me define me and had a crap life, or embrace my recovery and do everything in my power to rehabilitate myself as fast as I could and hope one day my life would get better,” says Turia.

“I felt a responsibility to live the best life I could because I never wanted any of the people who helped me, including the doctors that worked on me for hours, to think I was ungrateful for what they did for me.” 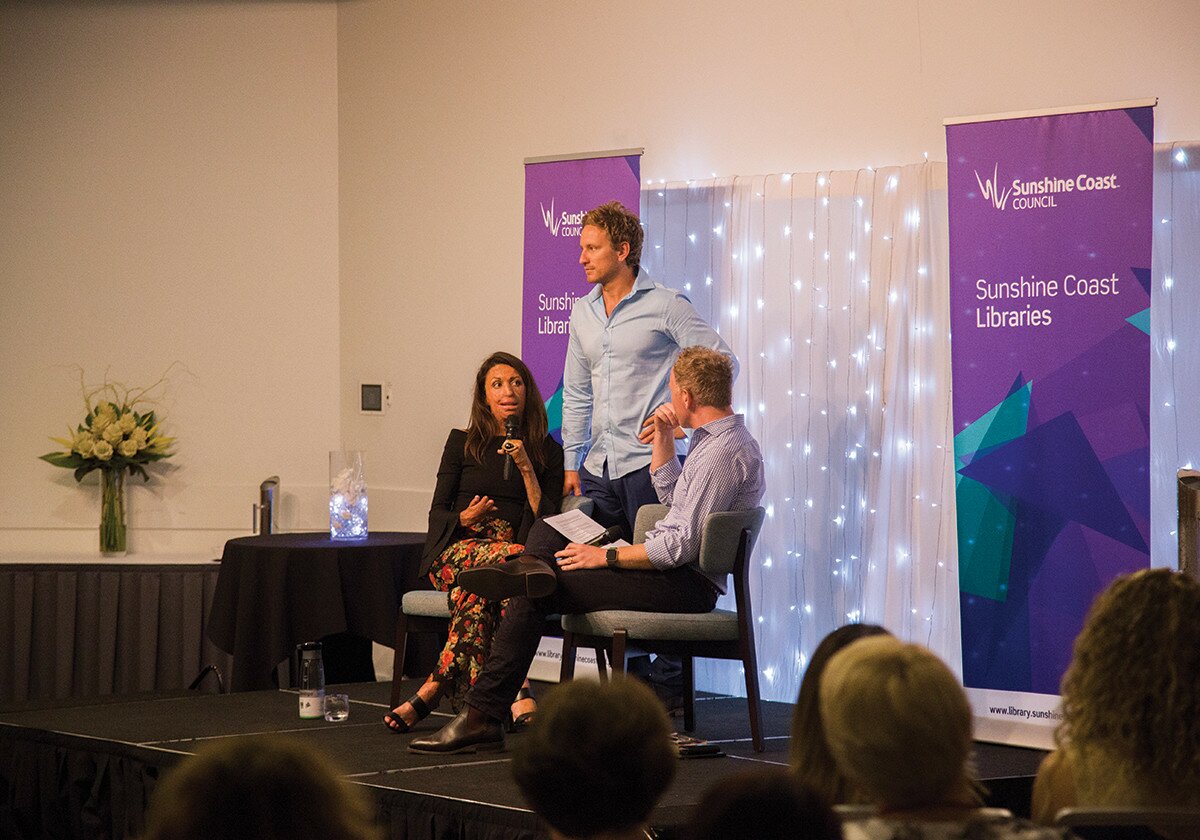 And she’s not one to dwell on things for too long either.

“I’m a very practical and pragmatic person. Whenever I start to wallow in self misery, I put a time limit on it for say, half an hour, when I am allowed to feel sorry for myself. But I also know it doesn’t have a purpose – I could be putting that into a run, stretching my body or doing something that can benefit me.”

With a steely resolve to regain as much normality to her life as she could, Turia set some pretty big goals early on in her recovery, including completing an Ironman event!

“During the early days in hospital, they said I wouldn’t run again and I thought, ‘I will show you’! I didn’t even know what an Ironman was but I knew I wanted to do one,” she laughs.

I felt a responsibility to live the best life I could because I never wanted any of the people who helped me, including the doctors that worked on me for hours, to think I was ungrateful for what they did for me.”

“Setting a huge goal like an Ironman gave me something to work for and get out of bed for every morning. The more I got back my physical abilities, the more I felt like Turia.”

In the five years since surviving her ordeal in the desert, Turia has competed in two Ironman competitions, founded the School of Champions, walked the Kokoda Trail, trekked part of the Great Wall of China and the Inca Trail, made countless public appearances as a sought-after guest speaker and raised more than a million dollars for her charity, Interplast. 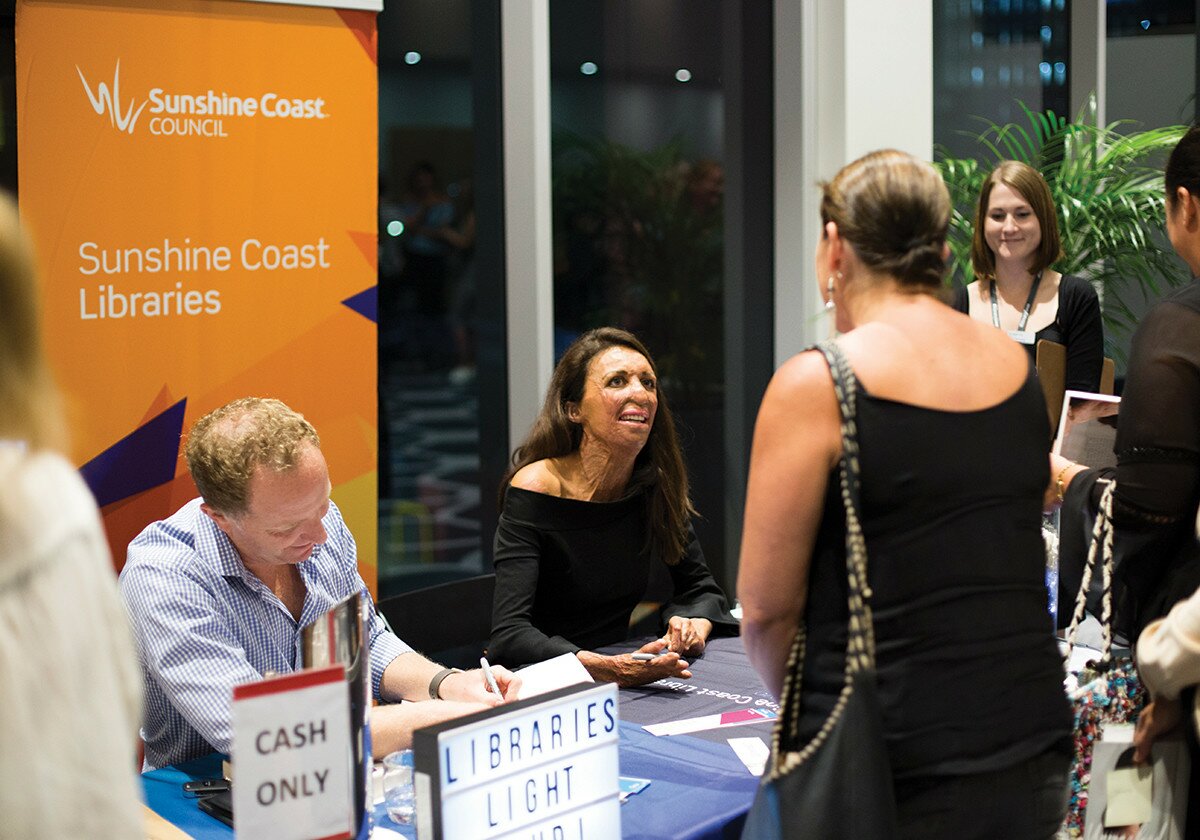 Speaking of heroes, Turia credits her own remarkable recovery to Michael and her family, who have been her support crew through the whole ordeal and are still her biggest fans.

“My recovery was such a team effort,” says Turia. “I think whenever you achieve something big or great you never do it alone, you always have a team of supportive people around you who believe in what you are doing and what you are trying to achieve.

“I remember in hospital my mum would arrive at 7am every morning and she would have made watermelon juice, cucumber juice, beetroot juice, soups of every sort and concoctions to heal me. Michael would arrive and take me out for a workout, which was raising my arms to 90 degrees at that stage mind you, my dad was there, my brother was there. I definitely would not have done as well as I have without each and every one of them.” 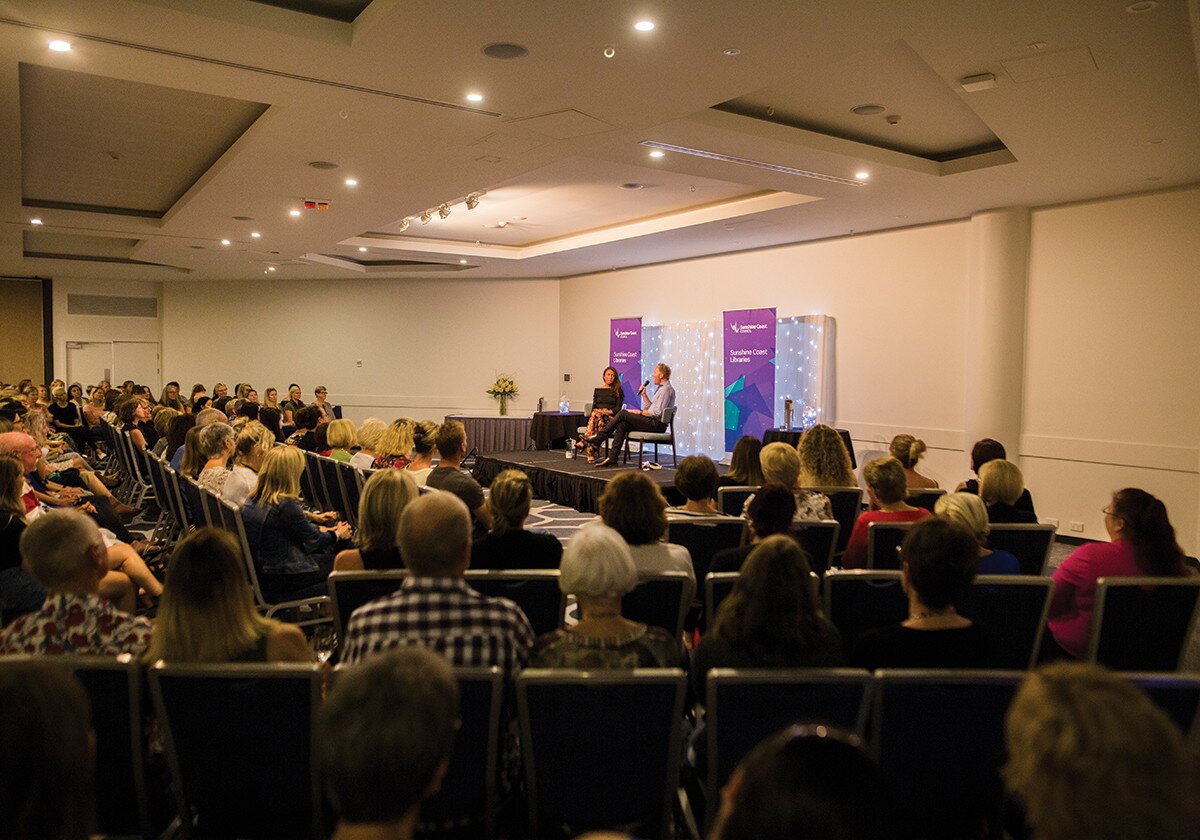 These days life is looking great for Turia and Michael, with plans to take some time out and perhaps even marry and start a family.

“Life is really good – it’s back to normal,” says Turia. “I really enjoy every day and I’m taking things as they come.

“I might actually chill out for a little bit. I pushed myself really hard physically and mentally over the last five years. I’m enjoying going to beach, surfing with Michael. Children and marriage is definitely on the cards.”

It’s been one hell of a roller coaster ride, but Turia says despite the heartache and pain she has learnt so much about herself and what’s really important along the way.

“Anyone who has gone through trauma or grief will understand there is no day where you are over it, or when you don’t think about it. It’s always part of my journey and I think that’s ok. I can’t pretend it’s not part of me,” says Turia.

“Before the fire, it’s not like I was ungrateful, but I never took the time to stop and reflect on all of the fantastic things I had in my life. If there is one thing I have learned from the fire, it has been taking the time to reflect on what I’ve got and being really grateful for that.”

Since this interview took place Turia and Michael have announced they will welcome their first child in December this year.