Adam Sellars is pushing the limits, diving as deep as possible on one breath while the pressure of the ocean bears down on him. But while the physical pain can be immense, it’s the mental barriers which can be most obstructive, comparable to modern societal challenges faced every day.

As you drift down further, into the watery depths – 30m, 40m, 50m – the pressure squeezes your lungs and your brain tries to pull a breath, prompting your diaphragm to contract and convulse.

But in spite all of these physical reactions your body is having to pressure, Adam Sellars says it’s what goes on between the ears that is the biggest obstacle.

The human brain is really good at trying to keep us alive, so at the smallest sign of difficulty your brain will flood you with negative thoughts.”

Adam, aged 32, was introduced to freediving two years ago, when a mate invited him to go spearfishing off Mooloolaba.

“I could only get to about 10 meters to begin with and was feeling the pressure in the ears and it was harder than I thought,” he says, “and I was watching my mate get to 20 meters and level out and chase fish around and go through caves and I thought, ‘I want to be able to do that’.

“When you’re freediving, from 20m onwards you sink, because oxygen has been compressed, you become so negatively buoyant that you start to drop and it’s kind of a cool feeling, even though there’s a lot of pressure and you’ve got to equalise, it’s like the closest we’ll ever get to flying.”

While on a holiday in Bali, Adam enrolled in a freediving course, as their conditions are more favourable than here in Australia, where freedivers contend with strong currents, swell and surf; they also have greater depths to reach. 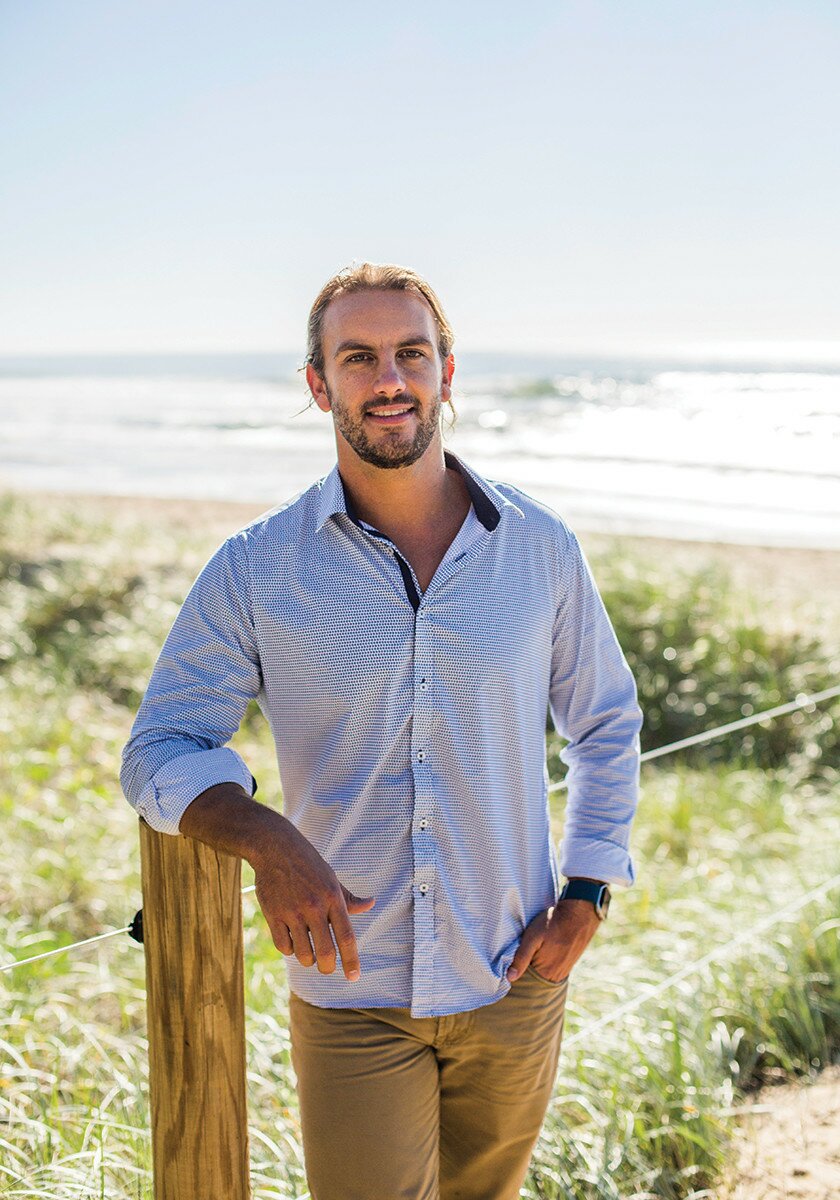 Given Adam is a strong swimmer, having represented at a national level in the pool, he’s confident in the water, but has still had to undergo rigorous training, including breathhold.

“Yes it’s physical, like any sport you’ve got to be fit, and you’ve got to train specific to the sport, but it’s all between the ears, you need to calm your mind,” he says.

“The human brain is really good at trying to keep us alive, so at the smallest sign of difficulty your brain will flood you with negative thoughts. It’s intriguing and that’s why I’ve kept up with the sport. Freediving takes on a lot of the yogi methodology and mindfulness meditation, because if you can’t relax and can’t calm your mind it can be dangerous.”

There are two types of freediving competitions, pool and depth (in the ocean) and both begin with a five minute countdown.

“It’s the first sport I’ve played where you don’t psych yourself up for it, you actually do the opposite,” he says.

“In that five minutes you do a body scan and go through the muscle groups and tell them all to relax, especially the heart, it’s amazing when you talk to the heart and tell it to slow down, it actually will.

It squeezes your lungs, depending on how deep you go, to the size of your fist.”

“When you dip under the water, you know you’re in for some pain at some point. The mental side is your brain trying to keep you alive, the physical is your brain tries to make you breathe so you start to get contractions with your diaphragm.

“And then in the ocean it’s the physical pressure – it squeezes your lungs, depending on how deep you go, to the size of your fist, your body is being squeezed in and because we can’t exhale, carbon dioxide starts to build which gives you the urge to breathe. Often we still have plenty of oxygen in reserve, but you need to stay calm to avoid hypoxia (low oxygen) and push through it. It’s a weird sport.”

This month, Adam competes in the 2017 Freediving Depth World Championship in the Caribbean Sea, off the island of Roatan.

“Our bodies are really well equipped to adapt to physical pressure out in the ocean, we have what’s called the mammalian dive reflex, which we share with dolphins and whales, obviously they’re a bit better than we are.

“In water, our heart rate starts to slow, we get what’s called blood shift, where the blood goes away from the arms and legs and into the core to protect the organs, and when you start to dive really deep and your body starts to feel pressure, you have what’s called a spleen effect, your spleen is like a blood bank for the body and it will contract and let fresh blood into our system, which carries oxygen. 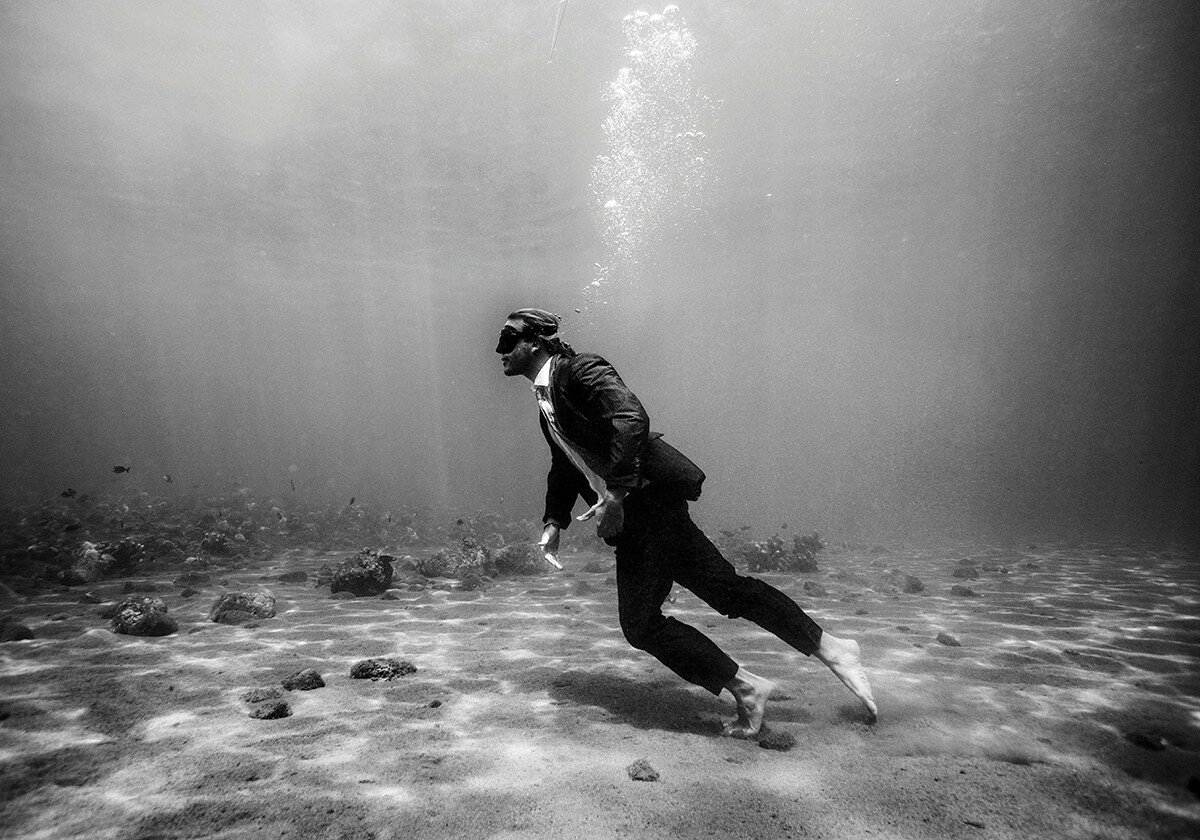 This is why Adam is investigating the crossover of how the techniques he has used in freediving can be used in high pressure situations, which has seen him work with members of the Australian Olympic and Paralympic swimming team, teaching them mindfulness strategies in and out of the pool.

“A lot of our Australian athletes, in any form, when they get to the highest level, they crack under that pressure,” he says.

“There’s a real crossover with society; some people are incredibly good at dealing with pressure, they’re the people at the top of the corporate world or sporting world, the best of the best, they always look calm. But then there is the bulk of the population, we don’t deal well with pressure and stress.”

Through the Pressure Project, Adam is also working with multi-million-dollar businesses across the nation.

It’s amazing to see in this high-end corporate world, they really need it. For some, it might have been the only point in the year where they’ve been relaxed in their working environment, because they’re constantly under stress and have never been shown any techniques to overcome it,” he says.

“The funny thing is your body knows when it needs a break too, when you let out a big sigh, that’s your body needing a break and trying to get to what is called the parasympathetic nervous system, known as the rest and digest system.

“We operate in the sympathetic nervous system, which is high stress, and stops saliva production, increases the heart rate and inhibits your digestion, so a lot of people who find it hard to lose weight, it’s because they’re in a constant state of stress and a lot of them get really sick – 85 per cent of all illnesses are stress related.

“But you can get from your sympathetic nervous system to your parasympathetic through three to five minutes of breathing, focusing on your breath and just stopping and closing your eyes.”

Start with five minutes of meditation and increase to 10 minutes, then 15 and 20, and always break it down into five minute chunks. 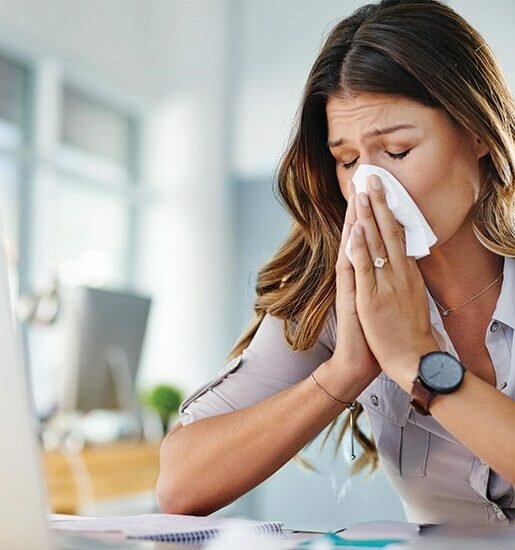 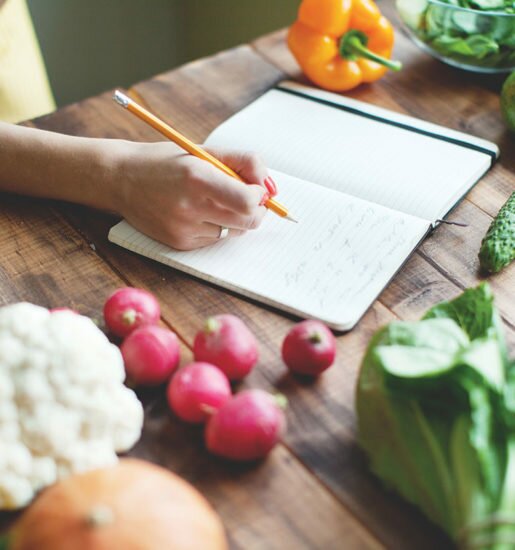 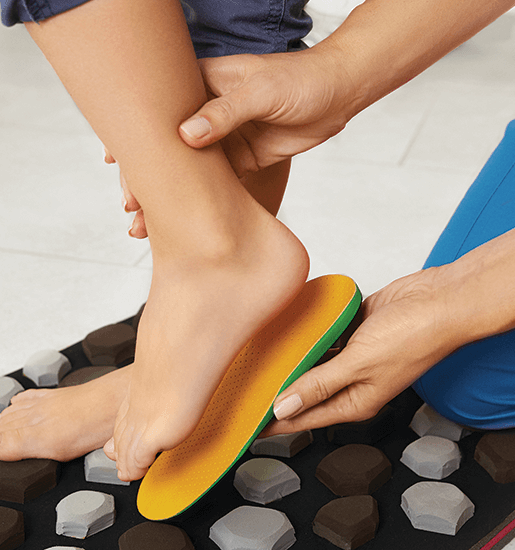