Vision for the future

When Associate Professor Leo Hartley decided to follow in his father’s footsteps and venture into optometry more than 30 years ago, he had no idea his vision for the industry would change so many lives.

A large flatscreen monitor flickers to life on the wall in front of me, displaying a deep red sphere criss-crossed with delicate shadows.

“This is the back of the eye – that’s the nerve, there’s a blood vessel, that’s a vein, and that’s an artery,” says Associate Professor Leo Hartley, hovering his mouse over each part on the linked computer before him, as he explains to me how he can tell this patient has high blood pressure.

It’s quite fascinating to witness, and his ability to be able to diagnose other issues, such as lupus and rheumatoid arthritis by simply looking at one’s eyes and confirming with a blood test and imaging is just one of the many things that sets Leo apart from others in his field. You see, in addition to being a practicing optometrist, Leo is also a qualified general physician. 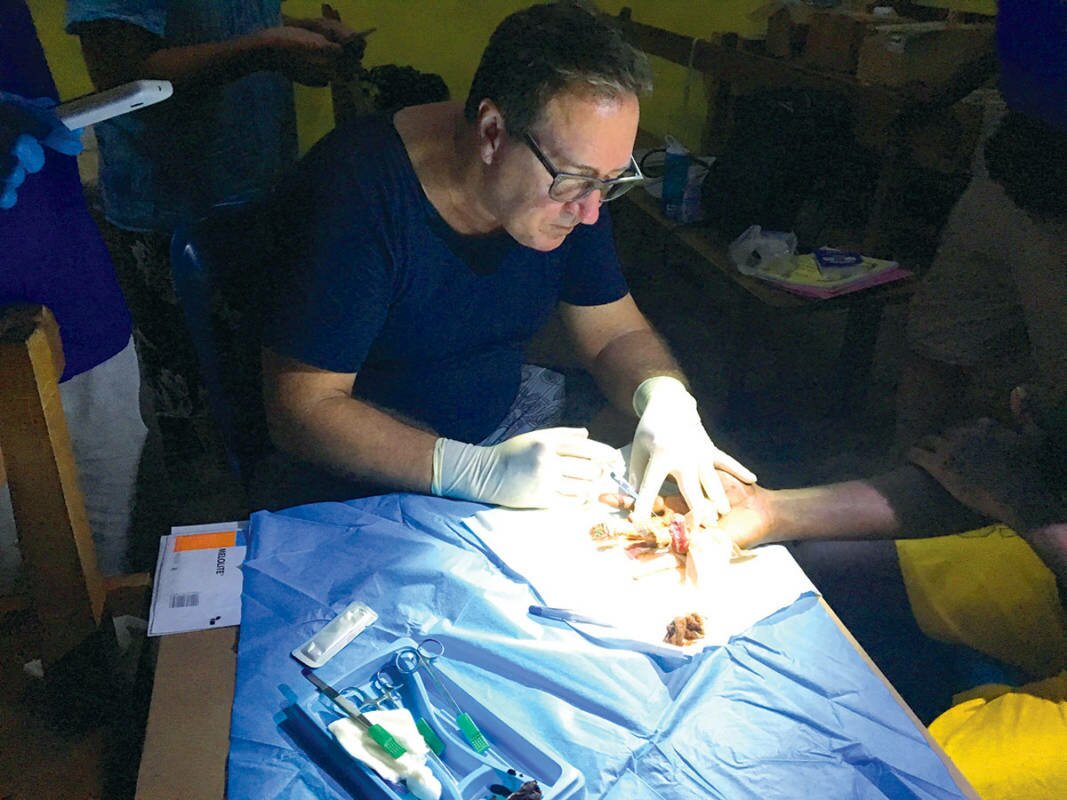 I’ve seen so many children who have believed they were dumb because they had a vision problem. They didn’t know they had one, but once we fix it, they realise how smart they really are.”

I’m chatting with Leo in his tech-savvy office at h2 Vision Centres located in Chancellor Park – an innovative and edgy practice he opened this year alongside his brother, Mark. It’s a place that looks more like one of the cool coastal cafes you’d find in Mooloolaba than it does an optometrist, decked out with vintage furniture, old balustrade repurposed as racks, and fishbowl centrepieces. But while the practice’s quirky design certainly sets it apart, it is the incredible life experiences Leo brings with him that makes the place truly unique.

Leo graduated from QUT with a degree in optometry more than 30 years ago and started out working alongside his brother in their father’s practice in Mackay. While he may have followed in his father’s footsteps, it was a passion that fast became his own.

It was during this time that Leo began Australia’s first non-metropolitan vision rehabilitation clinic – a multidisciplinary clinic run out of the local hospital, that combined private practitioners with a public service, in what was a Queensland first. After seeing its success, Leo went on to create a spin-off support group for people with low vision.

At the same time, Leo initiated a focus group of non-competing optometrists from around the state who met every six months to analyse each other’s practices in order to improve the overall standard of care in the field, and took it upon himself to organise professional development seminars for other optometrists in the area. 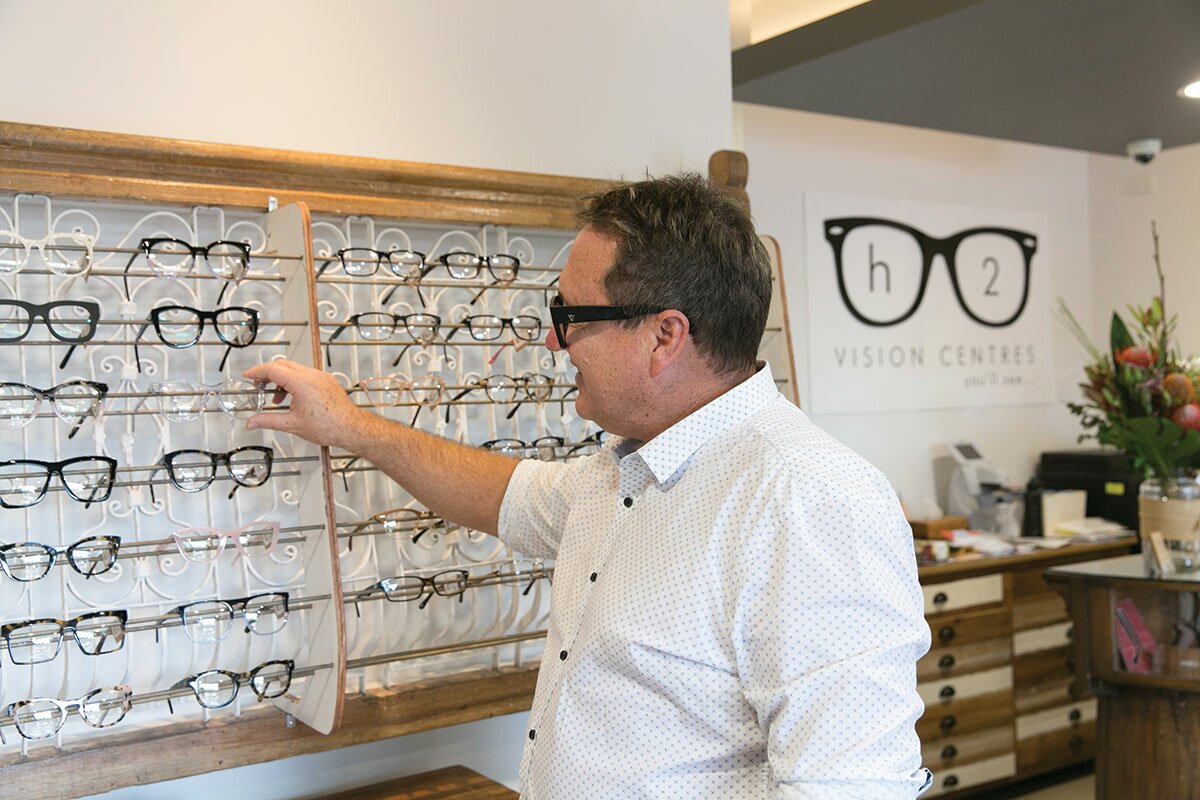 And if that wasn’t enough, he even continued his studies in the field, specialising in ocular therapeutics and paediatrics.

But it’s his humanitarian work in Vanuatu that has had the biggest impact on both him and others, with an eye-opening experience on the island leading to him joining the team from Prevention of Blindness, Vanuatu.

“We were holidaying there and this guy found out I was an optometrist and asked if I could take a look at his uncle. So I went with him from an area of pure luxury to this shanty town made from old bits of iron and stuff,” explains Leo.

“When we got to the uncle, I took one look at his eyes and I could see the cataracts – they were so advanced that he just had two white pupils. When I went back to where I was staying, I couldn’t think of anything else, so I went back the next day, and by then word had spread that there was an eye doctor there and I had about 20 more people who had cataracts like that too.”

From that point on, Leo began visiting Vanuatu two weeks a year to provide his services to those who needed it most. 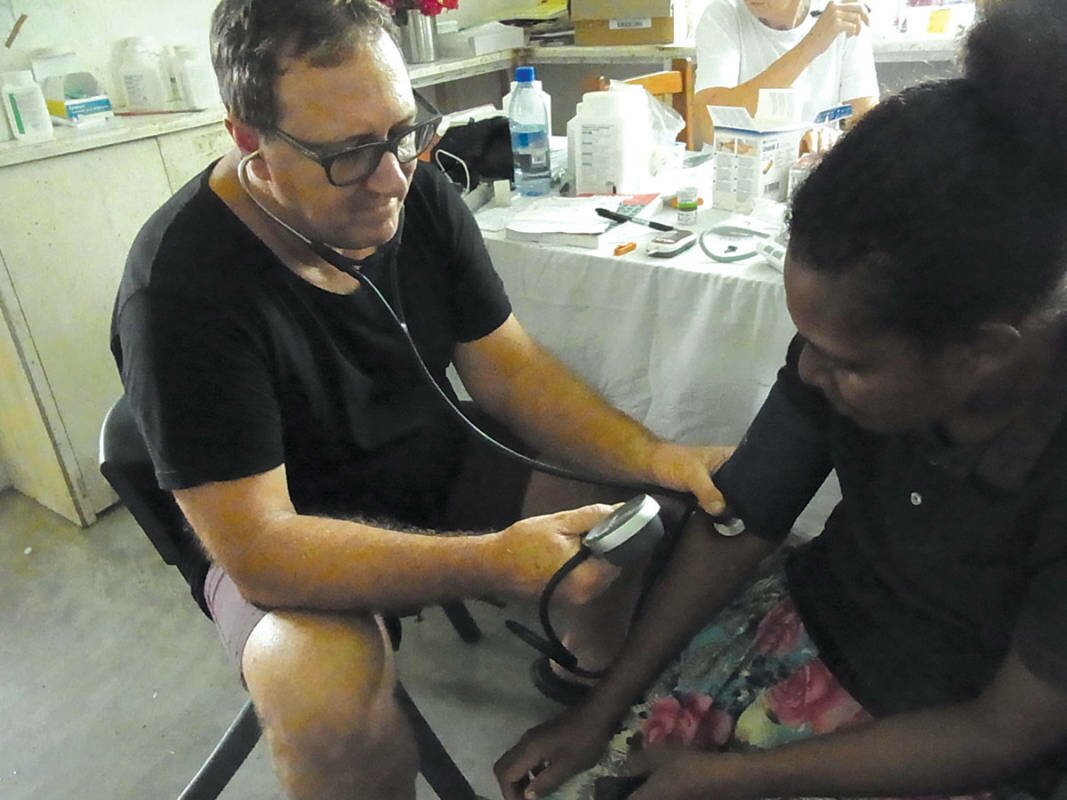 “It’s just amazing to see the value you can put into people’s lives, and at the end of the day, it’s not that hard. I love working with the children most – I’ve seen so many children who have believed they were dumb because they had a vision problem. They didn’t know they had one, but once we fix it, they realise how smart they really are. It’s that feeling of empowering someone and actually changing their life in a way that’s really positive.”

When Leo sold the family business, he moved interstate and in addition to his work, began teaching at the University of Melbourne – an honorary position he still holds. He then decided to undertake a degree in medicine, graduating from James Cook University in 2010 and practicing as a locum until last year, when he decided to move to the Sunshine Coast and put both of his degrees to use.

The result is a unique offering that goes beyond any typical eye service on the Coast, with Leo able to point out any areas of concern to his patients’ GPs and in some cases, perform minor eye surgeries.

“I love doing this – I’ve found myself a little niche that I’m happy in. I couldn’t stand it if I was doing one and not the other because I think it’s a waste of knowledge,” he laughs.

While he may have finally settled into a practice of his own, Leo is showing no signs of slowing down and says his next big mission is to create a sustainable eye training program in Vanuatu.

“Essentially, we want to do ourselves out of a job,” he says. “That’s the hardest thing, because you go over there and do all this work and fly out, but those people are still there.”

But for now, he’s happy helping locals tend to their own vision.

To find out more about the amazing team being h2 Vision Centres, visit h2visioncentres.com.au. 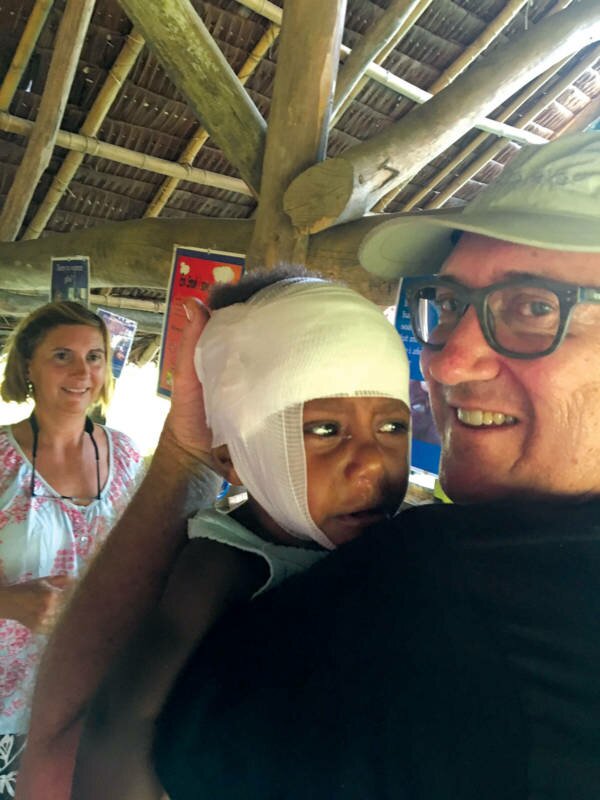 WANT TO HELP MAKE A DIFFERENCE?
If you’d like to help Leo Hartley give the gift of sight to those who need it most in Vanuatu, drop in and see the team at h2 Vision Centres at Shop 7/11 Chancellor Village Boulevard to find out more. From money to services (such as developing a webpage for the project), donations are very much appreciated.