Welcome to the House of Fun

He is an international fashion designer boasting an impressive clientele. He is an innovative and highly sought-after problem solver. He is an award-winning and wildly talented designer of homes.
He is Adrian Ramsay.

“I always had this fascination with architecture as a little kid,” Adrian Ramsay says, adjusting his round-eyed specs.
“I’m dyslexic, so when I was really young I used to read Western novels and they engaged me, I would sit and sketch the towns and buildings they described and then I would make cardboard models out of them.”

Little did 10-year-old Adrian know  he would go on to sketch and design grand master homes as a living – and be really great at it too.

But we’ll get to that part of the story later.

Adrian’s other passion was fashion, but growing up opposite a chook farm in a rural town near Wellington, New Zealand, there weren’t exactly an abundance of outlets from which he could express his creativity. So he conjured up an opportunity at his local high school.

“I started making formal trousers for the kids because they would be too skinny or too tall and couldn’t find any formal trousers, so I’d say give me your favourite pair of jeans, I’ll make a pattern off it and I’ll sew you up black formal trousers and then I’d make waistcoats as well because they were all the trend, and I’d sell them to them. So I had this little micro business going at school,” Adrian chuffs.

Possessing an innate understanding of analytics, Adrian learnt to sew by looking at garments and figuring out how they were constructed, and then studying a sewing machine to understand how it worked. It’s an ability which has served him well throughout his entire multi-faceted career. 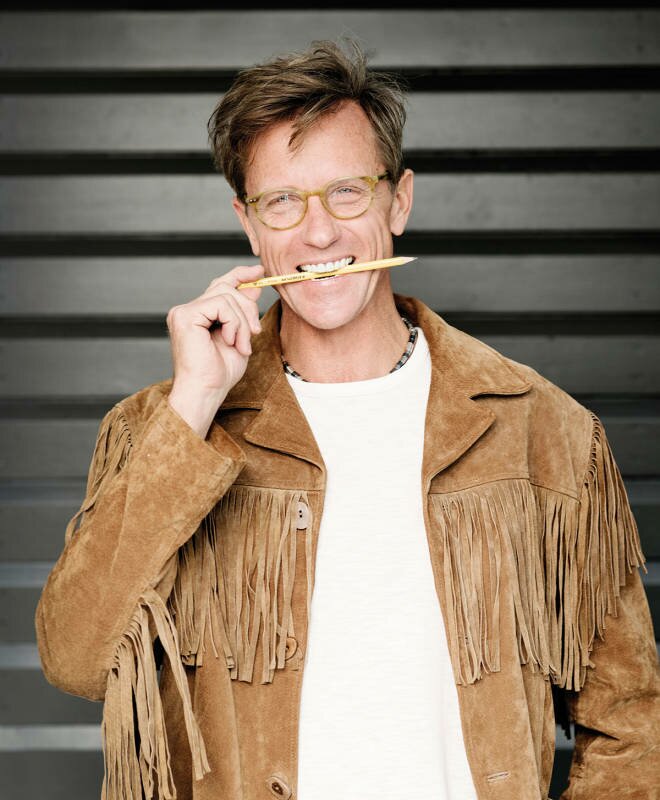 After finishing school, Adrian went on to work in television production, but yearned to study fashion design or architecture. Unfortunately the latter required a level of mathematics that he says was beyond his capabilities.

“I then looked at what you got to do as a clothing designer and they all got to get on aeroplanes and travel and I wanted to do that, my family never travelled. I wanted to see the world and I saw it as a way of escaping to see it,” he says.

To build on his self-taught and natural ability with the sewing machine, Adrian completed a pattern-making course and began applying for jobs. Within a couple of years he was working as assistant designer for the number one swimwear brand in New Zealand. From there Adrian went to work in London where he designed for various brands including Wallis, H&M, Topshop, and Marks and

Spencer, then went to work in South Africa, before returning to London.

“By then I’d cemented enough talent to be useful to someone and when I got back to New Zealand it was the late ‘80s, during the last big GFC, and there were no jobs, the whole economy had crashed,” he says.

“I set myself up as a freelance designer because I had all of this knowledge from London and America, so I drew all of these story boards up and started presenting them to fashion companies.

“From that I landed various contracts and running design for a company called Pazazz and we took it from a couple of hundred thousand-dollar company to over three million in four years.”

Over the years, Adrian’s extensive travelling enabled him to not only accumulate knowledge in trends and design, but also grasp the analytics of how everything fits within a global market. This made him a highly valuable freelance designer and ultimately lead to him becoming a specialist in women’s swimwear. 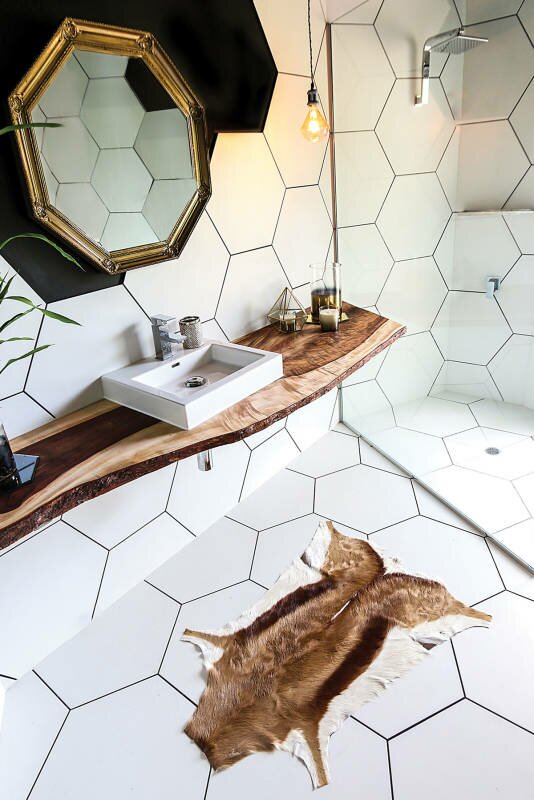 If I’m doing your house, I don’t want you to be stressed because then I’m under pressure and the fun goes and when the fun goes, the magic goes.”

“One of the things I introduced in the swimwear realm of things in New Zealand was the deconstructing of bras and saying, ‘Why would a woman take off her bra, to then put on something that won’t work and still expect it to work?’ We really got into the rigid construction of swimwear tops as opposed to just stretch.”

Not long after, Adrian was head-hunted by Canterbury of New Zealand, which was a division of the biggest clothing company in the country and the rugby union brand of the world, with clients including the All Blacks and Australian Wallabies.

He was employed to restructure the design of the $19 million New Zealand company and over the subsequent years, he and his team increased their profit margin and went on to head up design for Canterbury International, setting up a European design headquarters.

While working for the company, Adrian met his now-wife Rebecca, who worked in product management for Canterbury in their Brisbane office.

Despite having only been on one date, Adrian asked her to move to the UK with him, and they spent a year based in Manchester, sojourning to Italy and France. In 2000, they moved to the Sunshine Coast. 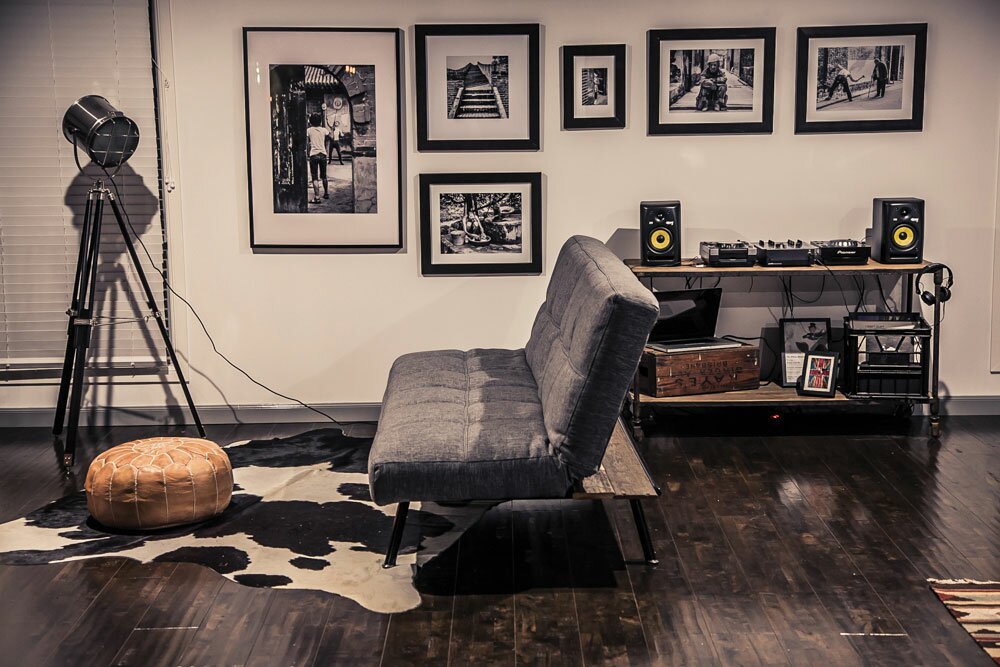 “We spent three months researching the property market and bought a house in Buderim and I would drive to work one day a week and work from home the rest of the week; still running teams in New Zealand and offshore,” Adrian says.

“We bought our first home which was a big dump and an amazing opportunity, and my buddy and I did it up. I’d been designing houses in New Zealand and England while I was still doing fashion – designing my own flips as well as designing my friends’ houses.

Over the next couple of years, Adrian and his mate bought six other homes to renovate and redesign, and also collected a lot of work from friends.

You’ve got this dream and this investment amount and the designer’s job is to push those together. That’s why it’s specific to you, it’s your dreams, it’s your needs, it’s customer-centric.”

Identifying a niche in the market, and a potential business opportunity, Adrian aligned with the best in the business, creating a mastery of people around him, to develop and sharpen his skill set.

In 2007, he formalised his business with Adrian Ramsay Design House and has gone on to complete over 100 different home design projects throughout Australia, England, France, New Zealand and India, designing projects with build costs ranging from $20,000 to $2 million.

“I still travel every year, last year I went to the States, to Miami and the Florida Keys. They have a very similar climate to what we have, almost identical,” he said.

“Then I went to Austin, Texas which has a similar climate to Toowoomba and our Hinterland ... it is really interesting to see what they’re doing and how they’re doing it. There is also a lot of money there, so you get a lot of quality in that area.

“And I went down to the south coast of California, in Newport Beach – it’s very lifestyle orientated which is closer to us, but their weather is more desert-like.”

Back home, Adrian is active in his local community, and while he was a member of the Buderim Chamber of Commerce, he designed the entry signs into town, which still stand today. Adrian is also actively involved with the Montessori School in Forest Glen, where his daughters Paris, aged 13 and Coco, aged six, attend.

The Ramsay family home is a restored “shack” from the early 1970s, which is decorated with antique pieces, some 800 years old, that Adrian and Rebecca collected in England. They also have an eclectic artwork collection with modern pieces complementing fine art landscapes, which Adrian’s father, who is a master watercolour artist, created.

“When you’re in your own home you don’t see it, things are half done and there are walls that are not quite finished because we’re always in the middle of renovating, but people walk into our house and comment on the way it makes them feel and I love that,” Rebecca says. 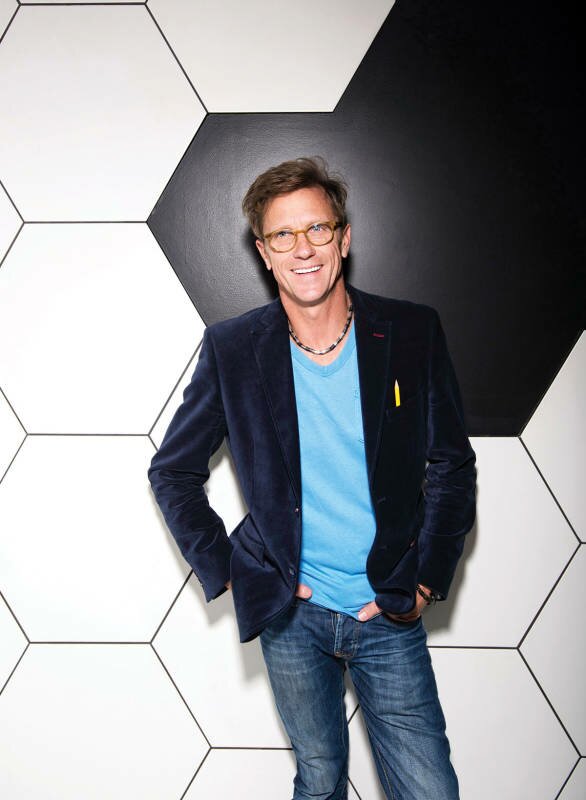 And it’s making a house a home, which Adrian prides himself on – being able to make even the most magical dream a reality.

“Each project will usually see design led by one person and function led by another. In different spots in the house a woman will be definite about what will work functionally, but then she’ll abandon the rest and the man will be specific about other areas and you’ve got to pull both of those together. Sometimes you’re a marriage counsellor!” he says with a laugh.

What sets Adrian apart in the industry is he doesn’t have a signature design, each project is tailored specifically to suit the client – even if that means installing a monochrome geometric bathroom like the one featured on the cover this month.

“You’re driven to be more creative, driven by their needs. It blows my mind what you come up with, which you would never have if you weren’t listening,” Rebecca says to Adrian.

As Adrian says, it’s not just about the end result, it’s about the journey – the Design Magic process.

“Because I’ve been a house flipper and designed new builds, the analytics excites me to know why things work, and it takes the stress out of the process,” he says.

“If I’m doing your house, I don’t want you to be stressed because then I’m under pressure and the fun goes and when the fun goes, the magic goes.

“It’s about keeping it all flowing and my natural ability is problem solving ... it’s one of those things where I know what the mechanics and the aesthetics of it will be and the emotions it will deliver.”

Visibly excited about explaining the intricacies of said Design Magic, Adrian pulls out a yellow lead pencil and sketchbook – which Rebecca says he never goes anywhere without.

“Everybody has a dream, everybody has some dollars whether it’s a lot or a little, so that’s an investment, and then everybody wants a design,” he says, sketching his ideas onto the blank page.

“People who come to me don’t have pictures of a building, they have pictures of kitchens and bathrooms and it’s all emotional, it’s all of their psychological drivers, and once you unpack those and get the feel for each space, you have form, function and what the environment will allow. So you’re doing that constantly throughout that process.

“You’ve got this dream and this investment amount and the designer’s job is to push those together. That’s why it’s specific to you, it’s your dreams, it’s your needs, it’s customer-centric.”

Listening to Adrian, it’s obvious he’s an innovator and one of his key strengths is in problem solving. He is a trained expert in the TRIZ methodology of systematic innovation and spent several years at AIRBUS training engineers in innovation and problem solving across Europe, America and Australia. His training created a deep understanding of design principles, team building and innovation management, which has been incorporated into the processes Adrian now uses in his own work.

“It really broadened my understanding of design and changed a lot of my thinking around form and flow and function.”

Having an unfathomable amount of experience, knowledge and brainpower, it’s no surprise he’s been recognised by the Bruce Campbell Entrepreneurial Business School in 2015, and won Best of Houzz for Service for 2015 and 2016.

There really is no stopping this creative powerhouse. 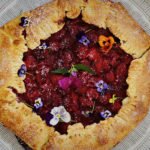 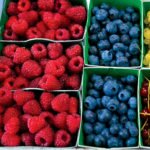 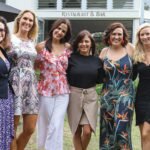 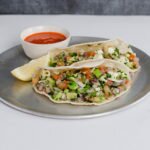 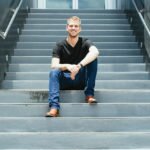 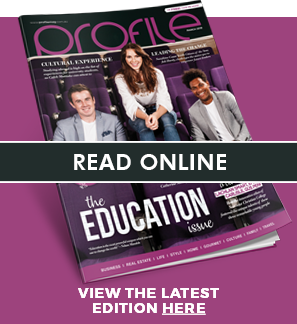