Woman on a mission

Carmel Crouch is a passionate community leader, who has created opportunities for people with a disability for almost 30 years through STEPS Group Australia. But what has remained largely untold is the selfless journey that led to the creation of the not-for-profit organisation.

I once read a quote that said, “Great leadership usually starts with a willing heart, a positive attitude, and a desire to make a difference”, and in the time I spent with Carmel Crouch, I couldn’t find a more fitting description for this wonderful woman.

Forty-three years ago, Carmel’s life changed when she met a tiny baby named Matthew, who was born 12 weeks premature and weighed just two pound two ounces. Despite knowing he could have a level of disability due to being so premature, Carmel wanted to adopt him and love him regardless.

In 1985, Carmel and her family moved from mid-western New South Wales, where they ran a sheep and wheat farm for 20 years, to the Sunshine Coast, where they bought a food distribution business they owned and operated for 15 years.

I went looking for an organisation to help and instead found a bunch of parents who were looking for the same thing.”

“During that period of time, my son was invited to leave school at 15, because he had a disability,” Carmel says, “so I went looking for an organisation to help and instead found a bunch of parents who were looking for the same thing.”

The group put in an application for funding and received a grant – enough to launch STEPS association and charity, which ran a disability employment program, securing employment for young people with disabilities and supporting them in their jobs, including making sure they were always paid proper wages.

Carmel soon became president of the association, which in 2014 became a company due to its phenomenal growth, and she now holds the position of managing director and board chair.

While Carmel has continued to be heavily involved since its foundation, she has simultaneously owned and operated high profile businesses. But when the previous managing director of STEPS left to pursue other opportunities six years ago, Carmel stepped in ‘for six months’ – and she’s never left. STEPS has prospered at the hands of Carmel’s experience, knowledge and business acumen. 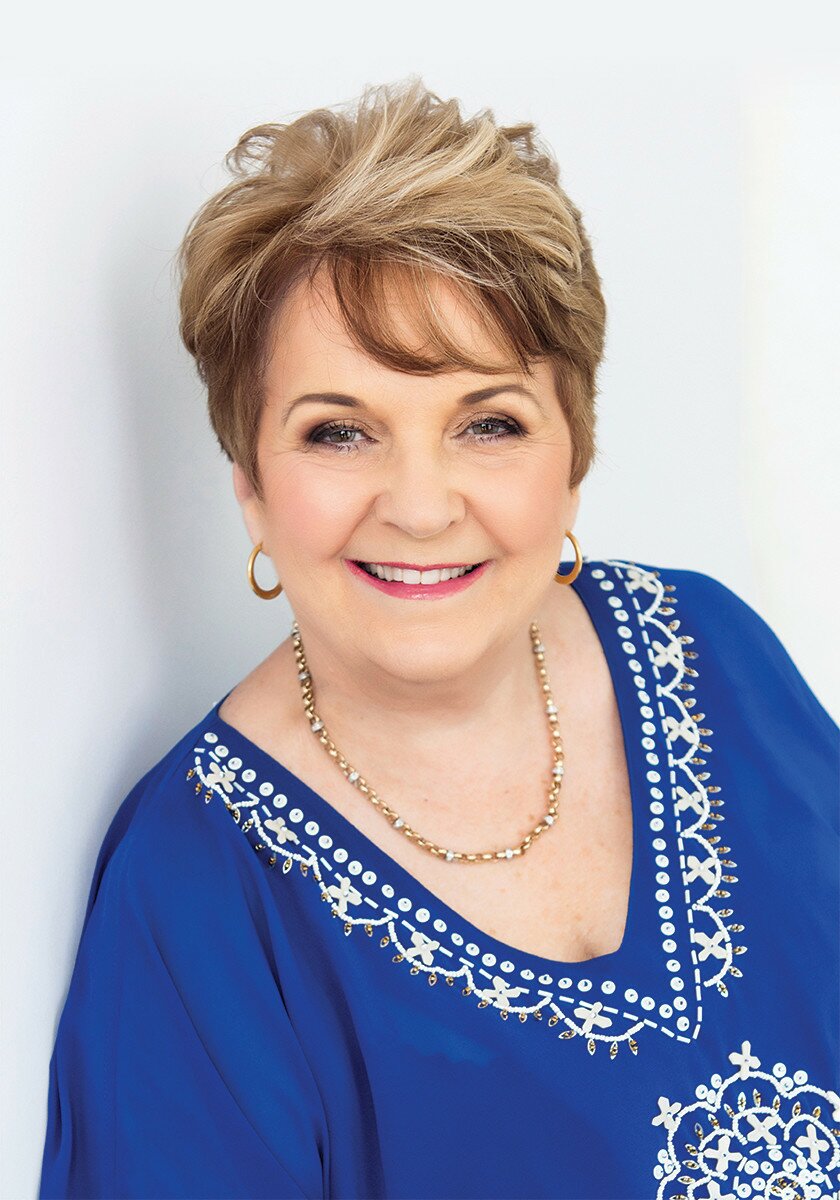 The STEPS project Carmel is most proud of to date is STEPS Pathways College, which opened in May, welcoming its first round of students.

The STEPS Grand Winter Ball on 15 July, will continue raising much-needed funds for Pathways College, which Carmel says will cost a substantial amount of money every year to run.

That’s the success for us – not in them spending 12 months here, but in maintaining independence when they leave.”

“We chose not to get government funding for it, because it always comes with strings, and I don’t like strings. So we decided to ask the community for help and I get goosebumps every time I think about how much the community has put into this. It’s astounding – $1.3 million worth of community money built that place,” she says.

“We have 11 spaces for people with disabilities to move in, they’ll come and live with us for 12 months and we’ll teach them how to be independant and when they leave, they’ll hopefully go and live independently. That’s the success for us – not in them spending 12 months here, but in maintaining independence when they leave.”

STEPS also teaches language literacy in indigenous communities in the Northern Territory, Western Australia, Tasmania and Queensland, and refugee sites in Cairns, Darwin and Tasmania. They also have a site in Alice Springs where they work with indigenous communities, providing disability support services, as well as language, literacy and numeracy training. 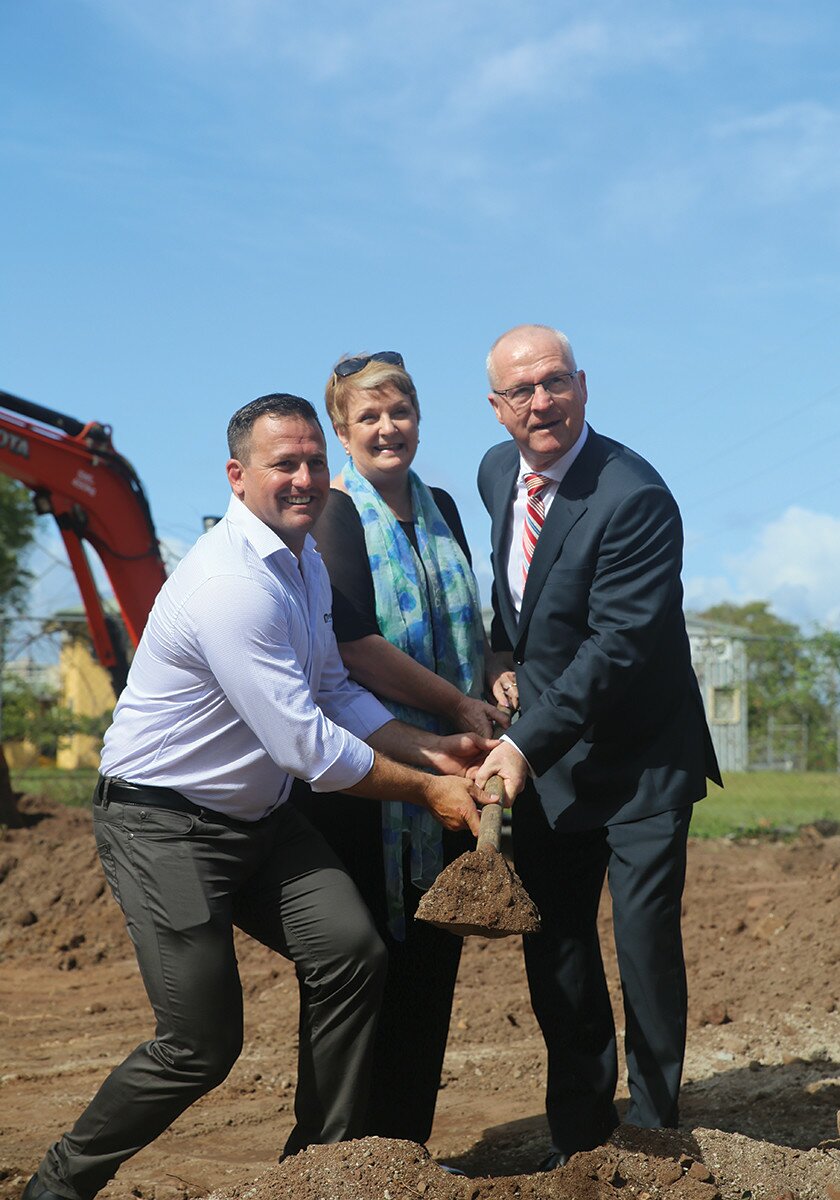 Ben Murphy, Carmel Crouch and Mayor Mark Jamieson at the turning of the SOD

STEPS also recently won a place on a panel for Employability Skills Training, which will enable them to help about 7000 youth aged 15 to 24 in their footprint of Queensland, Tasmania and the Northern Territory.

“Having Carmel lead this organisation, coming from a successful business sector, has made a huge difference for us. In all our programs we work with local employers, whether it’s training or employment, we find out what their needs are and provide mutually beneficial solutions that actually meet their business needs – that’s been a big difference,” STEPS marketing and communications manager Elisa Monagle says.

I’d like to see a greater integration of people with disabilities into employment. The reality is that when you give somebody with a disability an opportunity to work, they are the most loyal worker you could have, they don’t take days off and they go to work because they’re so grateful to be given the opportunity.”

“It doesn’t matter how many clients we have or how many students we have, without receptive and educative employers, who understand the benefit of employing someone with a disability or employing someone who has come through one of our training programs, we don’t have a purpose to do anything. So building the relationships with employers everywhere we are is the most important thing we do,” Carmel adds.

“It would be remiss of me to say the world is fully accepting of people with disabilities, because that is not the truth, but the world is quite different to what it was 30 years ago, and I hope it doesn’t take another 30 years to get further advanced.”