It’s impossible to run a successful venture without having good communication. Whether it be with your employees, your colleagues, your customers/clients or other people you come into contact with when running your business, communication is king.

Emails, phone calls, video conferences or good old fashioned face-to-face contact – there are endless tools of communication in the workplace, each with their upsides and pitfalls. So I caught up with the Blokes About Town to put our communication skills to the test to find out which strategies work best within their team environment and what role technology has played in their workplace.

Joining me for lunch at Corbins in Maroochydore was Jack Hockley from L&M Goldstar, Patrick Walsh from What The Fox Creative, and Philip Van Der Walt and Craig Levitt from Think Money. 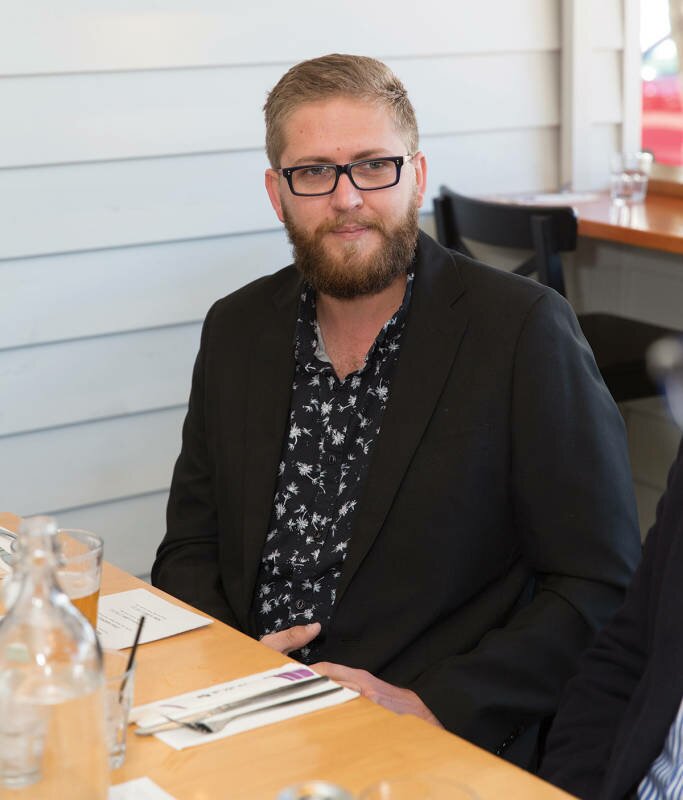 profile: How would you describe good workplace communication?

jack: I’d describe it as open and honest. One of my biggest frustrations is unclear and misleading communication in the workplace.
philip: I’d say constant communication as well, rather than big spaces in between, because people start losing (interest in) the situation when they’re not involved in the conversation.
patrick: Bringing up stuff before it’s an issue, as soon as it starts and you think it might turn into something, talk about it then.
philip: That’s a big part of project management as well – taking all issues into consideration and making sure you discuss all of the options, all of the ways it could go.
patrick: And being able to flag those things before they happen.
craig: It’s interesting when you think about communication, how you often think about the downside as opposed to the upside, and I suppose I look at it from the other side. The more communication with the team or staff about the business, the better buy-in they tend to have, which means they’re more committed and feel more part of a team. 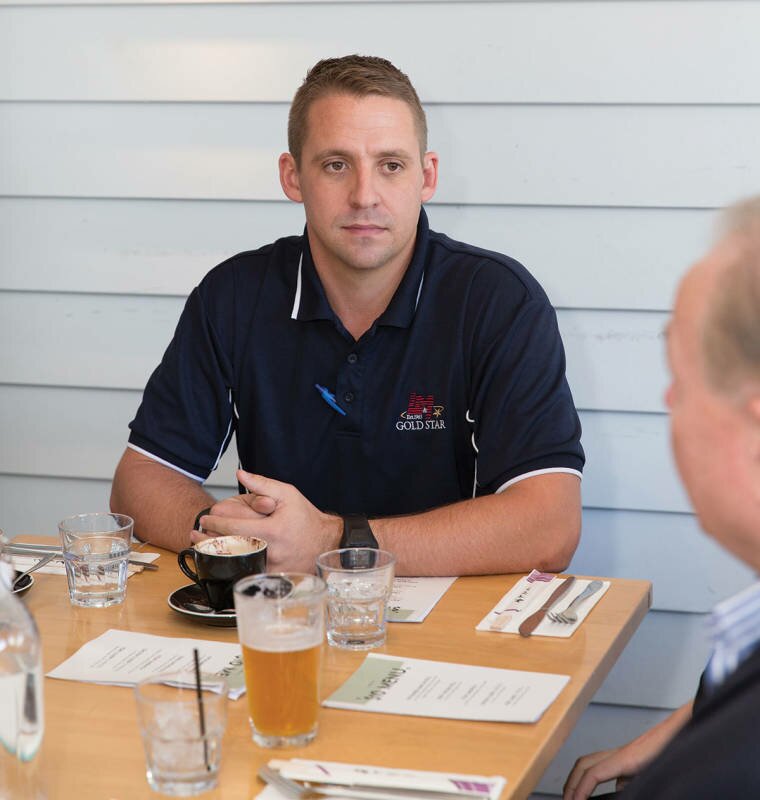 profile: What are the most important things a manager should implement in a workplace to ensure good communication?

patrick: I’d say relationships – people knowing they can tell you things and approach you about things. Having managers that, if you’re worried if you tell them about a situation you’ll get in trouble or you’ll be reprimanded, to me is not a good thing, so having some level of relationship with the people you’re managing so they know they can talk to you.
jack: A big part of my communication is technology. Being a remote arm from a head office, using Skype meetings, email, telephones, instant messaging – that’s a massive part of communication for me.
patrick: Modelling the behaviours you want people to use. If you want them to communicate with you in a certain way, communicate with them in that way. 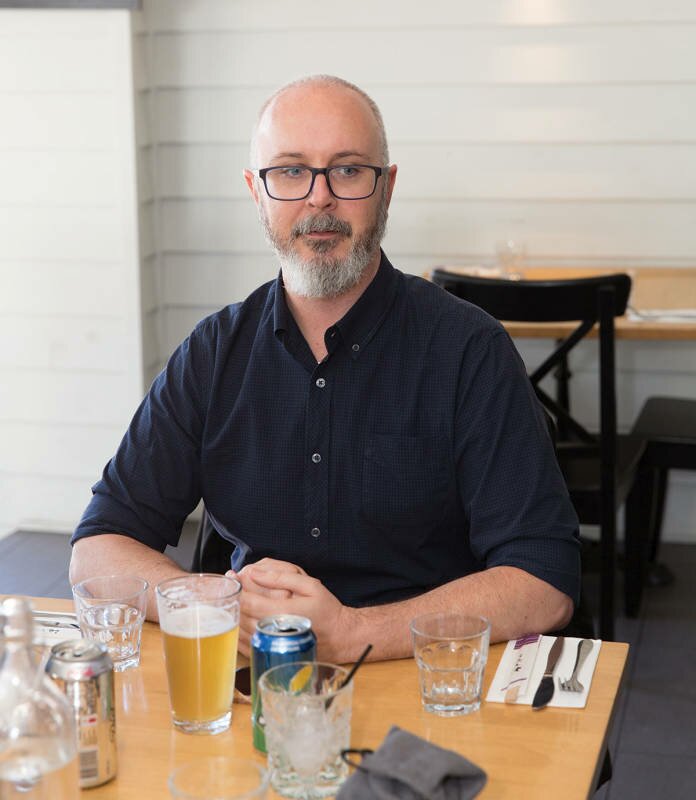 HOW TO COMMUNICATE IN THE WORKPLACE
Open meeting: In this kind of forum, your team will not only hear what you are saying, they will also see and feel it.
One-on-one: Some people understand better when you take them aside and talk to them on a one-on-one basis. Ensure that you maintain eye contact with them to enable the message to sink in.
Display confidence and seriousness: When your team members notice any uncertainty and lack of seriousness when you’re communicating with them, they are likely to treat the information with disdain or disregard.
Listen to your team members: Communication is intended to be a two-way street. Don’t just talk because you are the leader, without listening to anyone else.
Use body language: Your body language will pass your message faster and better. Master the art of using body language when communicating with your team. Stand/sit up straight, smile, handshake and make eye contact.
Encourage feedback: Don’t just talk and walk away. Give room for feedback so that you can measure the effectiveness of your style of communication. It will also afford you the privilege of knowing if your message was well understood.

profile: The introduction of emails, social media and technology has meant we’ve needed to communicate less in person, but how important is face-to-face interaction?

jack: Immensely. Speaking from a remote operator point of view, getting to head office and having that one-on-one time with individual people is really crucial.
craig: I think technology has made it too easy to not communicate personally; that’s one of the big challenges. Often it’s a short cut and I think it’s much more valuable having a real conversation, rather than just communicating electronically.
jack: Body language and tone of voice are such a crucial part of communication, you just can’t get that from email or instant messaging.
craig: That’s the downside (to technology), there’s often been many emails read the wrong way!
patrick: I think there’s an illusion of it being a time saver. It’s the same as text messages – I’ve experienced it personally where I’m texting with somebody and if I had called them five minutes earlier it would have been resolved. It’s the same with emails in the workplace, just get up and walk to their desk and have a three-minute conversation and you’ll answer all of your questions, that would otherwise take 50 emails.
craig: One of the things I’ve learnt as a manager is that people just want time. It’s a bit like being a parent – kids want time with you, staff want time with you, and that just shows you care. I used to be in a bad habit where a staff member would walk into my office and the phone would ring and I’d pick up the phone. Or the email pings and you’re distracted. That sends a really bad signal to that person; it says that’s more important than them. So face-to-face time is really valuable because we all seek that self validation and you don’t get that electronically.

CORBINS, MAROOCHYDORE
Located in the heart of Maroochydore’s foodie precinct, Corbins has grown to become a popular destination for breakfast, lunch and dinner, serving up Asian-inspired food, cocktails, beer and wine.
Having eaten at Corbins on numerous occasions, I knew we were in for a delicious treat for lunch and the decision to order share plate style was a winner – allowing everyone to sample a wide range of dishes from the menu, rather than being limited to one main dish (and running the risk of having food envy!).
We indulged in a selection of Corbins’ popular bar snacks and small plates, including cuttlefish popcorn with miso and lime; fried chicken bao with pickled cabbage and sriracha; mini pork banh mi; prawn, mandarin and chilli on betel leaf; Tasmanian salmon sashimi with chilli and soy ponzu; ‘son-in-law eggs’ with chilli jam; sweet potato noodle balls with black vinegar caramel and szechuan; and braised beef intercostals with red nahm jim and coriander.
The most popular meal was definitely the braised beef, with its soft and succulent flesh melting in the mouth, perfectly complemented by the robust flavour of the red nahm jim – chopstick-licking fun all ‘round. But every dish was a heavenly hit and there was nothing left but empty plates and full bellies.
Whether you’re looking for somewhere to brunch with your significant other, a long lunch with colleagues, or a cheeky drink and nibble with your nearest and dearest, Corbins is serving up the goods.
34 Duporth Avenue, Maroochydore
Phone: 5326 1022
www.corbins.com.au